Glimt: The Vanishing at the Grand Starlight Hotel, a captivating detective game from Resolution Games, the creators of the Magic Leap World experience Angry Birds FPS, is now live on Magic Leap World. 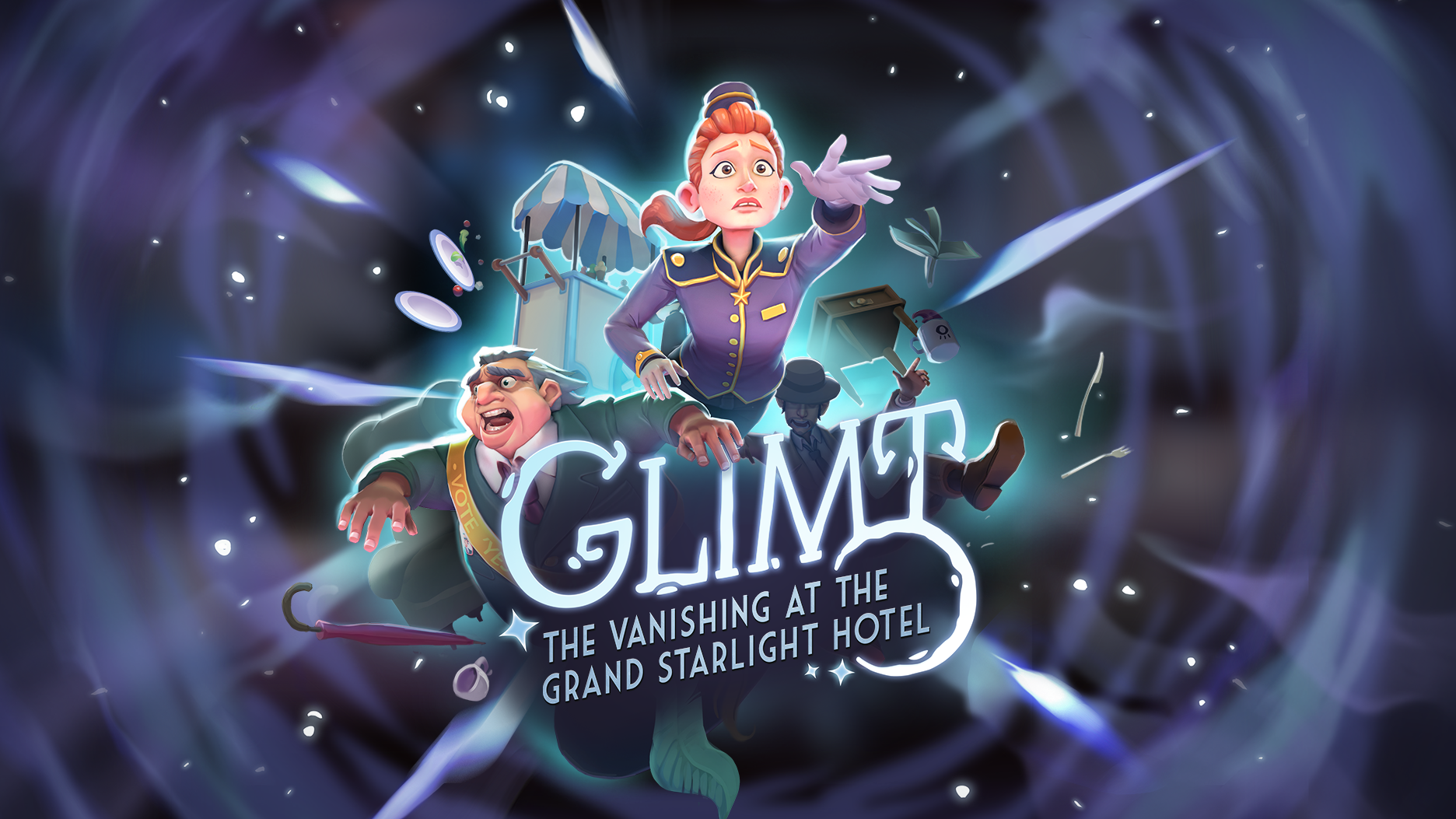 Resolution Games, a VR and AR games studio and publisher, operates around a core mission of creating immersive experiences for all - from gamers to non-gamers alike. The studio has pushed the limits of spatial computing through creative design, while driving accessibility by delivering some of the highest rated and most downloaded AR/VR titles, including Acron: Attack of the Squirrels!, Narrows and Angry Birds VR: Isle of Pigs.

Now, Resolution Games will debut their third true AR title - its second for Magic Leap - which is a captivating detective game filled with mystery, psychic powers, magic and, of course, intrigue. Created as part of Magic Leap’s Independent Creator Program, the game, Glimt: The Vanishing at the Grand Starlight Hotel, showcases exciting Spatial Computing possibilities while delivering a deeply creative story brought to life through immersive and imaginative effects.

We talked to Johan Donwill, Producer for Resolution Games, to learn more about their journey and what excites them about the future of AR, VR and Spatial.

What is your background and how did you get into creating immersive experiences?

Immersive experiences are what gamers have always dreamed about - being in the game. Tommy Palm, CEO of Resolution Games, has been around since the days of Commodore 64, made a name for mobile gaming while at King, and then searched for the next big thing. In his search, he kept coming back to how to get players “in” the game, leading to his passion for Spatial Computing. At Resolution Games, we have always been aware it would take 10 years or maybe more to become mainstream, but wanted to get in early to help set those standards and innovations that would become the norm.

What is Glimt: The Vanishing at the Grand Starlight Hotel?

Glimt: The Vanishing at the Grand Starlight Hotel is a whodunit-detective game that has the player using a combination of their sleuthing skills, psychic abilities and visualization tools to discover the catalyst behind sudden disappearances at the Grand Starlight Hotel. In what is only possible with the magic of Spatial Computing, the play area and scenes come to life throughout the game in a dollhouse-like environment that sits in the player's space.

To find the culprit, the player must interact and engage with the various scenes, solving a series of different cases by playing out the scenarios throughout the hotel leading up to, during and after the mysterious disappearances. Having a keen eye and an investigator’s intuition will help fill the gaps to get one step closer to learning the source of the incredible and dangerous magic responsible for these vanishings.

Your last Magic Leap experience took a famous game, Angry Birds, and translated it to Spatial Computing. Glimt is a totally new IP. How was it different working with a blank slate vs. translating an existing experience?

This will be our third true AR title, and this time we were able to fully leverage the spectrum of the Magic Leap 1 and uncover new possibilities within Spatial Computing. While the reward was significant, it was quite a long process to prototype different game mechanics until we found the core that felt tight and we wanted to build upon. Glimt also leans heavily on a storyline as well as its voice-acted characters. This narrative approach takes a lot of time and game design in order to fit everything in place, so that was quite different. That said, it has been incredible to work on new IP, where the whole team has contributed with ideas and brainpower. To see these characters come to life - where there previously was only a name as a reference - and interact with each other is astonishing. That’s really such a fun part of developing games like these.

Can you talk about any design or development challenges you faced while creating Glimt?

When the design and story were laid out for Glimt, we wanted to make sure that looking into a model of the hotel - or a dollhouse-like replica - and seeing the world within come to life felt right. We wanted the ambiance to feel very cozy in order to pull the player into the atmosphere and environment of the game. But, as they say, the devil is in the details. 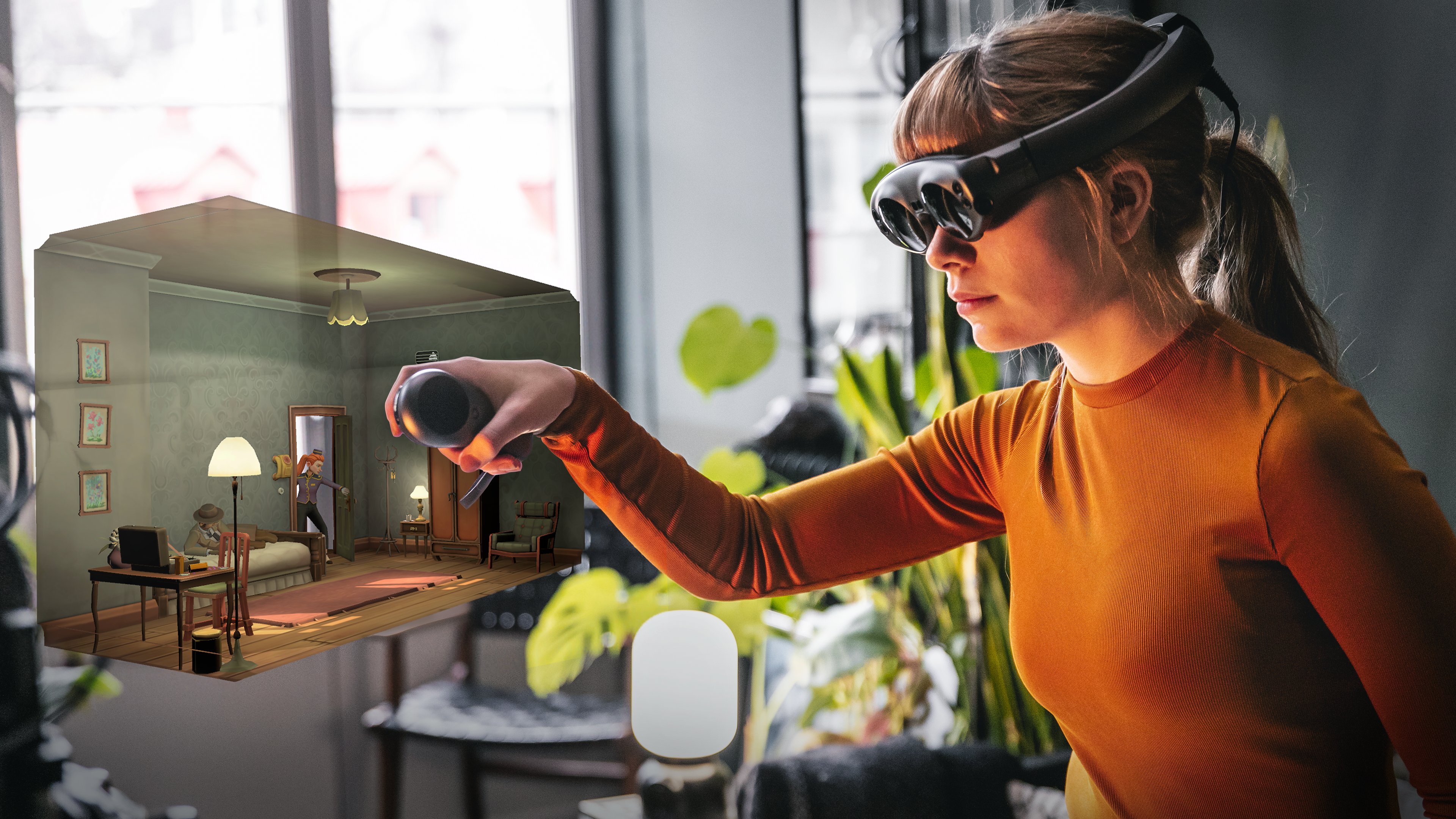 It was a big project to make animation, narrative, game design and graphics all feel cohesive, but it was worth it for an end result that feels like this miniature world has come to life. Minute details of the environment are such an important part of this game. To work around some technical barriers - like the near clipping plane - we had to get a bit creative. So, we gave the player a camera to ‘hold’ to photograph the action in the scenes, and with that camera you can get as close as you want, kind of like a 21st century magnifying glass.

Through Spatial Computing, we were able to do this with all the added features and benefits of AR’s ability to completely captivate people with virtual objects and animations. We also have a fantastic sound and music designer who brought in voice actors for all the characters, and that really made a difference in making this world feel real and more believable.

How do you see the future of games evolving alongside Spatial Computing? What gets you excited about the future?

The continued advancements in technology, especially in virtual and augmented reality, continue to impress me. To see how far both technologies have come and how they’re both slowly combining to become a single entity is absolutely thrilling. I’m hoping games like Glimt can give adopters of these technologies an entertaining experience, while sparking their curiosity as to what is possible when we let our imaginations run wild.

What’s next for Resolution Games?

VR, AR and Spatial Computing aren’t add-ons or possible secondary avenues for gaming; they are the next logical steps for games. We are putting all of our energy into making the most of it for all gamers, whether it’s creating a game to ensure someone testing out VR for the first time has a positive experience or delivering a rich, in-depth multiplayer game that keeps enthusiasts/core gamers hungry for more. We have various titles in development across a wide spectrum of platforms, and are also continuing to update and add content to some of our previously-released titles.

The Magic Leap Developers Access Programs offer assistance to teams of developers interested in pushing the boundaries of Spatial Computing. Today, developers can apply to Access Hardware, and as part of that program, Magic Leap will offer help in the form of hardware and technical support. To learn more, visit https://www.magicleap.com/en-us/hardware-access-program.

To learn more about Resolution Games and sign up to get a first look into their latest game, Glimt visit: https://www.resolutiongames.com/glimt.