The coalition behind this effort is unprecedented in U.S. education, uniting the leaders and founders of large tech companies such as Apple, Microsoft, Alphabet, and Amazon, together with CEOs of companies across sectors, including American Express, Nike, Starbucks, Delta Airlines, AT&T, UPS, Walgreens, and Hasbro, as well as national education organizations such as Khan Academy, the American Federation of Teachers and the National Education Association.

“Every industry is impacted by digital technology, yet not every student has the opportunity to learn how technology works,” said Code.org CEO Hadi Partovi. “Today, computer science should be a core subject, just like basic biology or algebra. The United States has seen tremendous momentum behind this idea, and today’s announcement makes it clear that the time for action is now. We must ensure that standards and the curricula used across the country prioritize computer science so that all students, particularly from underrepresented backgrounds, have the opportunity to participate in our digital economy.” 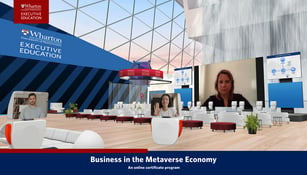