Today, we’re very proud to announce the launch of Luna: Moondust Garden for Magic Leap One Creator Edition — an experience developed by the award-winning team at Funomena.

A ground-breaking title that takes advantage of the unique features of Magic Leap One.

Today, we’re very proud to announce the launch of Luna: Moondust Garden for Magic Leap One Creator Edition. The experience was developed by the award-winning team at Funomena, a thoughtful studio of independent developers who strive to create magical content on new and emerging platforms. Luna: Moondust Garden is a ground-breaking title that takes advantage of the unique features of Magic Leap One, allowing you to turn any room into an interactive, meditative space. 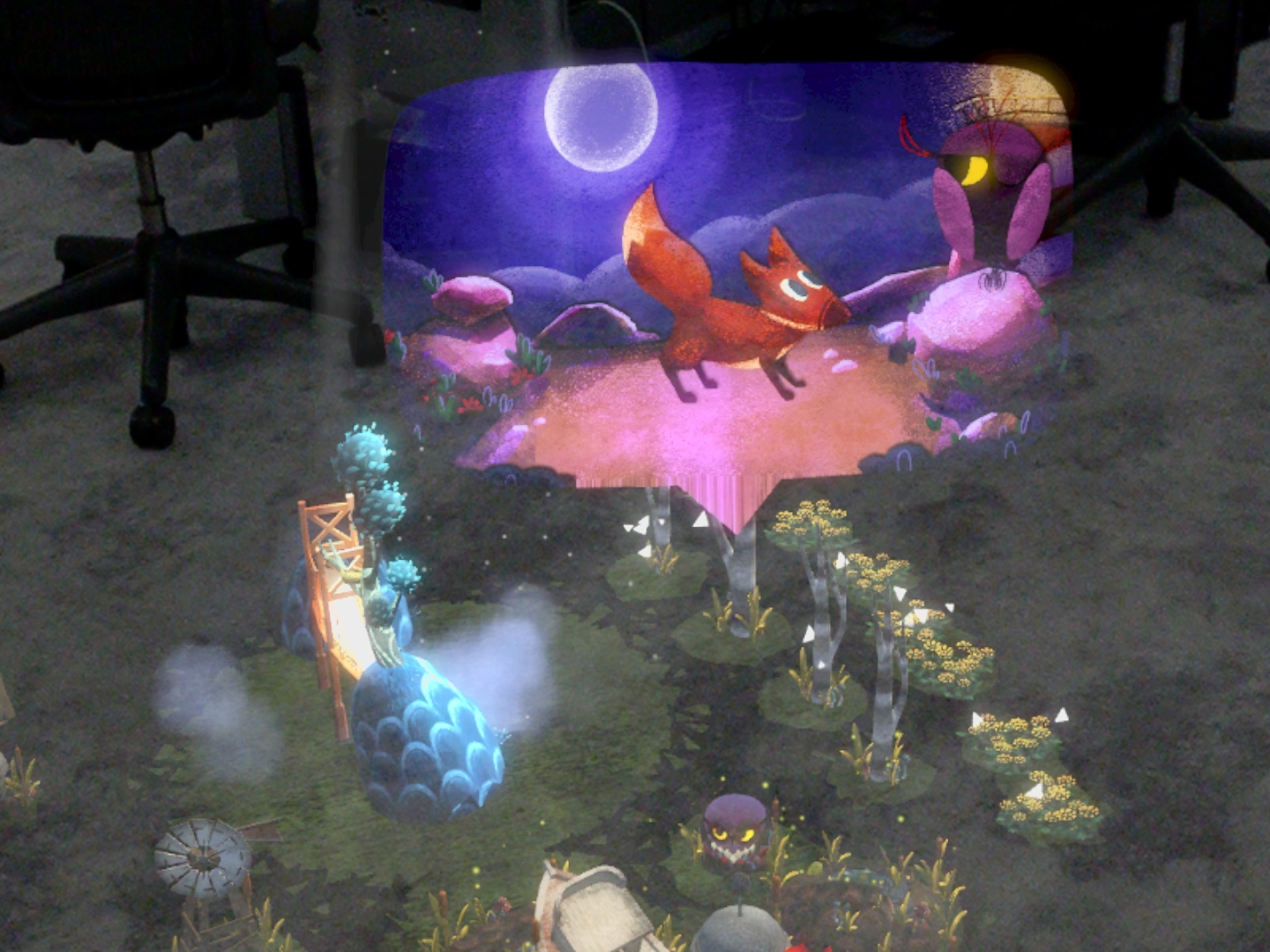 Leveraging the Power of Spatial Computing

Luna: Moondust Garden tells the story of Fox, who used to play joyfully in his garden but now rests sad and lonely under his boat. Owl and Bird decide to help Fox cheer up again by rebuilding the garden, working with Moon to bring it back to life. Told with beautiful graphics and wonderful 3D audio, Luna: Moondust Garden creates a memorable experience for users on Magic Leap One.

How does the experience unfold? You can plant flowers and trees around your personal playspace, build wonderful creations like bridges and windmills, and then sprinkle moondust on them to watch them grow.

Behind the Scenes with Funomena

“We were captured by the creative licenses afforded with Magic Leap One,” said Robin Hunicke, co-founder, Funomena. “Our team immediately started re-imagining behaviors; we discovered we could remove barriers and normal thought patterns for how people interact with something to create a brand new interactive storytelling experience.”

Designed to encourage viewers to move around and think differently about the space they are in, Luna: Moondust Garden unlocks the childhood wonder inside of all players. It was created as a calming environment and encourages users to think outside the box when creating — from gardening on a table or the floor, to a pillow, couch or more — utilizing the mapping capabilities of the headset the user experience is boundless.

Luna: Moondust Garden, the award-winning PC and VR title which inspired the Moondust Garden story, originally launched as Funomena’s debut commercial release in late 2017. Nominated for Excellence in Visual Art at the IGF Awards, the title has won a number of awards, including Best VR Game at Taipei Game Show, Best VR at the Brazil Independent Games Festival and Best Overall Game at VR Core in Qingdao, as well as Game Creator of the Year at the 2018 Windows Developer Awards. Designing for Magic Leap One presented unique opportunities and opened doors for Funomena designers to look beyond VR and create a new story pushing the boundaries of augmented storytelling with Magic Leap One Creator Edition.