Magic Leap and Weta Workshop are proud to showcase for the first time a sneak peek at multiplayer gameplay Grordbattle on Magic Leap One.

Magic Leap and Weta Workshop are proud to showcase for the first time a sneak peek at multiplayer gameplay on Magic Leap One. Announced today at Unity’s Game Developer Conference (GDC) keynote session, this first-look at a prototype within the universe of Dr. Grordbort's Invaders showcases local co-presence and multiplayer experiences that are only possible with Magic Leap One.

Available exclusively in the Unity booth, Grordbattle is an exciting extension of the world of Dr. Grordbort, made popular in the Dr. Grordbort’s Invaders game. As you enter Dr. Grordbort’s universe, your eye movements and voices are mirrored by the character of your choosing. Then battle against your friends and foes, as two to four players compete for glory. 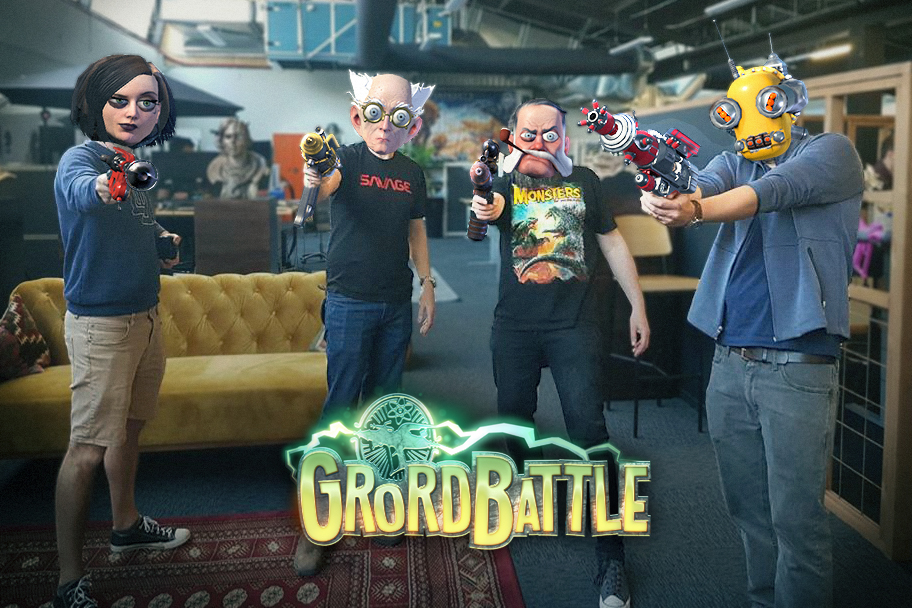 Developed in Unity and available exclusively on Magic Leap One, Dr. Grordbort’s Invaders is a hyper-realistic action game in which evil robots have chosen your living room to stage an invasion, in this larger-than-life, immersive game from Magic Leap and Weta Workshop.

We are thrilled to partner with Unity to showcase this exciting development in spatial computing. Unity has been a long-standing supporter of the Magic Leap platform. Developing in Spatial Computing requires a completely new way of thinking, with fresh opportunities and challenges for creators. Announced at GDC 2018, Magic Leap and Unity partnered to put spatial computing development in the hands of thousands of Unity developers. Through this close partnership, Magic Leap and Unity have integrated Unity's world-class engine and tools with Magic Leap's platform to enable creators to build spatial computing experiences.

Demos of Gordbattle will be exclusively available in the Unity booth 10am—1 PM PST Wednesday, March 20—Friday, March 22. During other show floor hours demos of Dr. Grordbort’s Invaders will be open for attendees. Sign ups are available on site, so grab your raygun and come battle it out!