The first app supported by the Independent Creator Program, is now live!

In November 2018, Magic Leap launched its Independent Creator Program to stimulate app and game development on the cutting edge of Spatial Computing. The pitch was simple: submit your biggest idea to Magic Leap. We would then select a handful of projects to support and guide through development. We were thrilled to receive over 6,500 app ideas covering an incredibly wide variety of experiences. It was insanely difficult to select the first wave of grant winners.

Over the last few months, those creators have been hard at work developing their first spatial apps. Today we’re pleased to announce the launch of the first app from the Independent Creator Program onto Magic Leap World. PuzzlAR: World Tour is a 3D jigsaw puzzle game from renowned Portugese developer ONTOP Studios. We are thrilled for you to experience what they’ve created.

In the coming months, many of our creators will be publishing their experiences to Magic Leap World. We’ll share their thoughts here about the journey of developing for Magic Leap One.

Nuno Folhadela, is the CEO of ONTOP Studios, as well as the Creative Director of PuzzlAR: World Tour. The following is his experience as a Magic Leap Independent Creator

Today we are very proud to announce the launch of PuzzlAR: World Tour for Magic Leap One. PuzzlAR: World Tour is a 3D jigsaw puzzle game. As a player, you visit wonderful monuments from all over the world, but then you see them break apart! Your job is to put them back together and see them in their glory once again. The game also has many deep features, from different difficulty levels, to hidden secrets which encourage players to explore and achieve 100% completion of each level in all locations.

Like many of you, I first discovered Magic Leap watching concept videos online. I immediately knew that this was a company with a unique vision and the means to create the technology to make it happen. And with it, change entertainment forever.

My background is in animation and film, and I couldn't stop thinking about what Magic Leap represents to all creatives, visionaries, and... everyone. Stories and experiences no longer need to be confined to a screen, and instead can happen as a part of the physical world. For the last few years, we’ve become accomplished augmented reality developers, and we’ve found Magic Leap One to be the most exciting platform to work with.

Over the past four months, our team of six managed to bring PuzzlAR: World Tour to life on Magic Leap One. Check out our video diary below or keep reading to learn about some of the challenges we encountered.

Setting up Magic Leap One to develop with Unity was smooth. The SDK also included a very powerful tool: Magic Leap Remote. With this tool, we could see and try every aspect of our game both in the Simulator and using the device itself with the Zero Iteration mode before having to push a build to the device. This workflow made all the difference and provided a reliable development experience.

Learn how to get started developing for Magic Leap with Unity.

The command line tools helped us debug runtime problems related with builds, and the documentation of the accessible APIs in Unity was helpful. The discussion forums on the Creator Portal also supported our progress along the way. It was common for other developers to share their challenges, and moderators from Magic Leap were quick to answer with a possible fix or workaround regarding the problem we were having.

Overall it was a great experience working and developing for Magic Leap One!

Perhaps the most important lesson that we’ve learned is the need for creativity in designing user interactions for Spatial Computing. In the case of PuzzlAR: World Tour, we could either use hand gestures or use the Control. Magic Leap One can detect many preset gestures, and so we considered how we might use them, and the Control has the advantages of precision and predictable input methods such as the Trigger and Bumper.

We chose to use the Control. It felt like it made more sense for our specific use case, given that the player needed to manipulate 3D objects with a high degree of accuracy to solve complex puzzles. We had to find a balance between using the touchpad on the Control for manipulating objects (versus having the player move around the gameplay area and twist pieces into place with their arms), so that it would feel as natural as other familiar interactions.

Learn more about how to work with the Control.

From the outset, we wanted PuzzlAR: World Tour to be an educational introduction to Spatial Computing for new users that may be unfamiliar with spatial interactions. With that in mind, we took two well known themes: classic jigsaw gameplay and famous landmarks, and synthesized them. 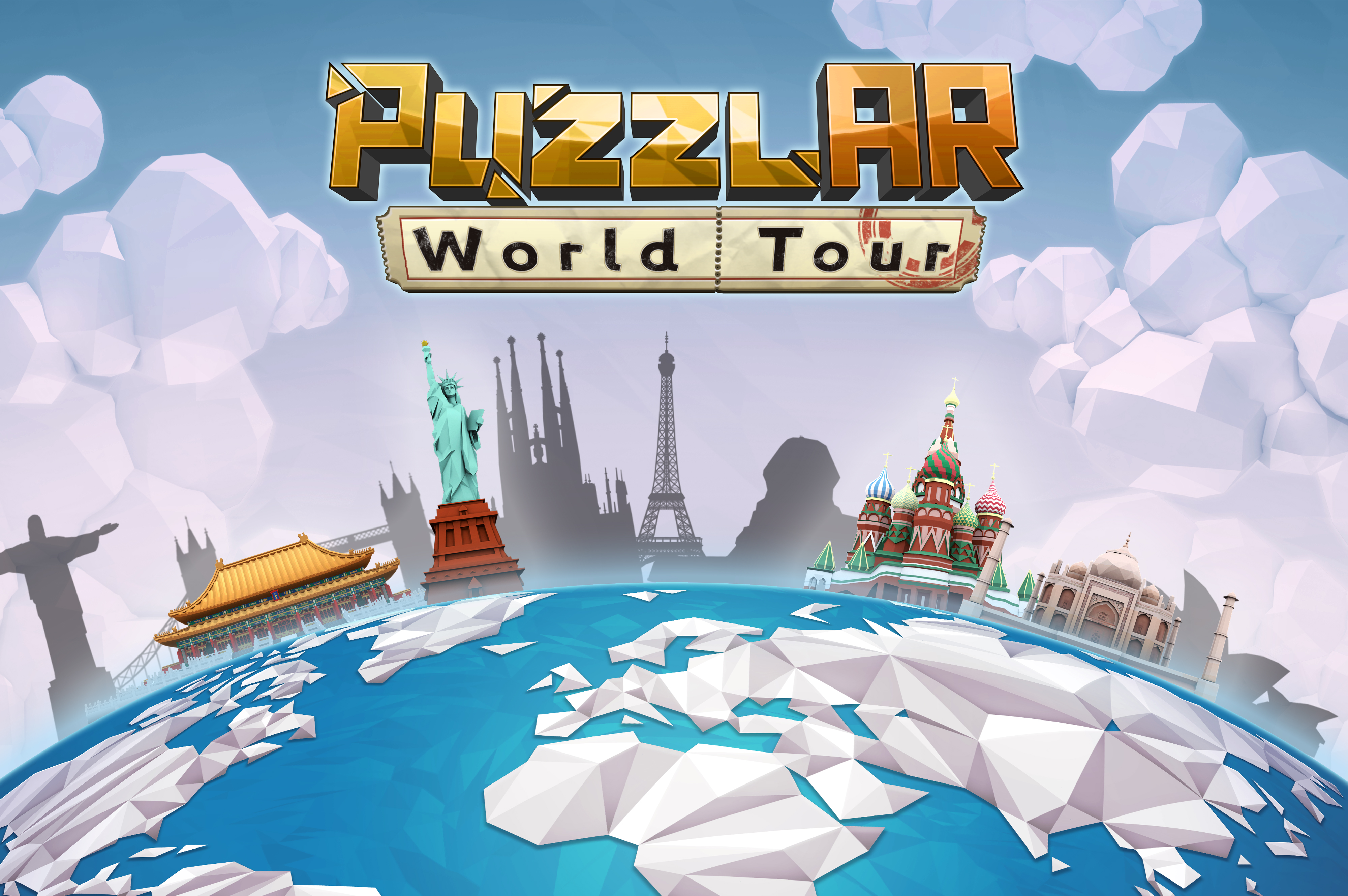 We tried to shape the requirements of this new technology to blend with the user experience in a natural way. At the beginning of the game, we ask players to look around to assemble the planet Earth that appears in front of them in order to anchor the game. This first interaction was a necessary step, but one that we disguised to be more fun than simply placing a point on the ground to start playing. To avoid scaling issues, the Earth scales automatically according to the distance from the player. So we achieved a technical and user experience goal simultaneously that we’re very proud of. 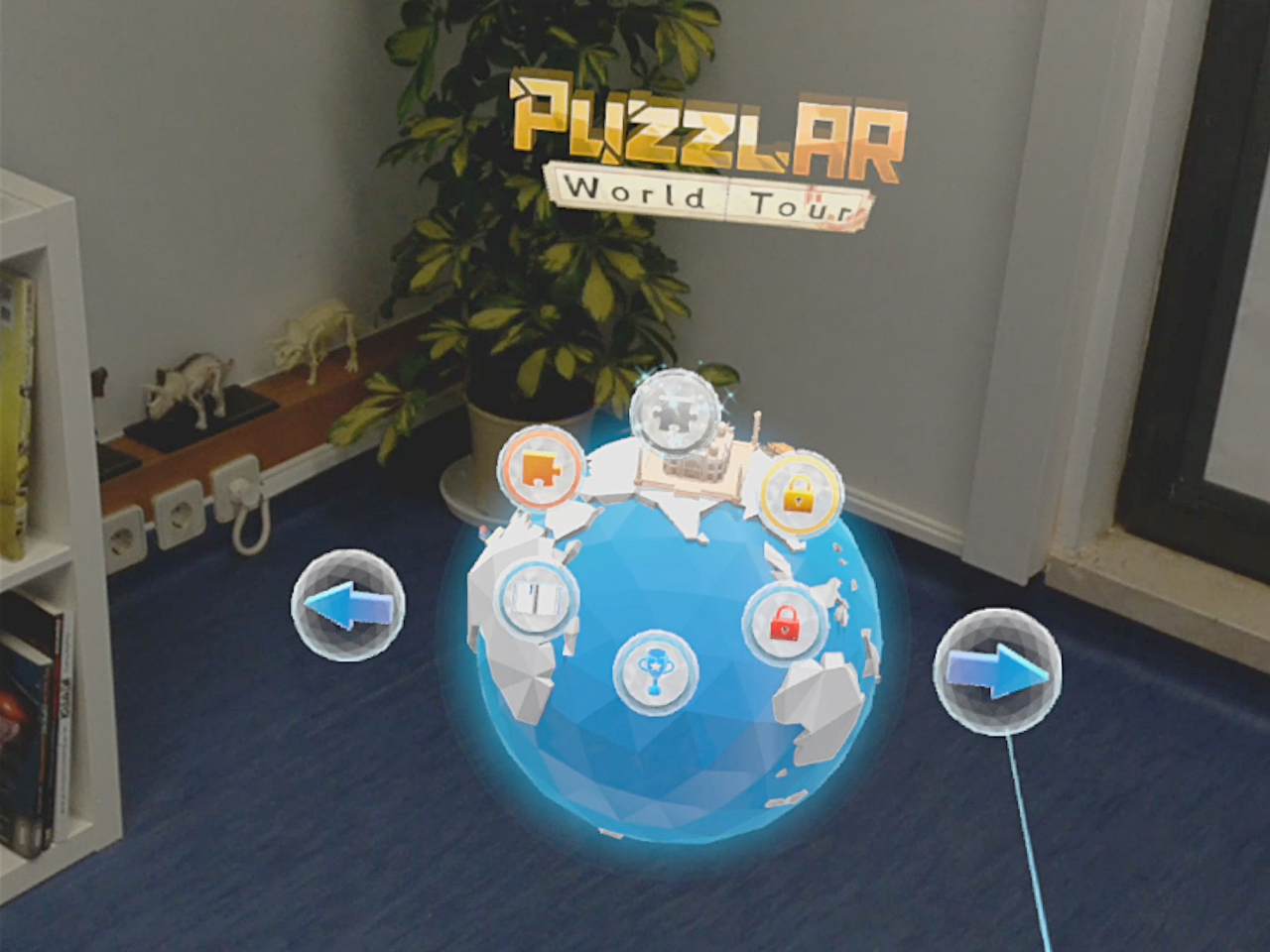 We conducted many similar experiments, and we can’t stress how important it is to try things when developing in this space, because you never know what might work in Spatial that just isn’t possible in a 2D environment. For example, one of the things we noticed in play sessions (and from loud feedback from Tadhg, our Partner Manager at Magic Leap) is how some players wanted to play at very different scales. Some liked to play close, like a watchmaker, whereas others liked grand scale, like an architect. We decided to not add a cap for either. As a player, you can play the game in whatever way feels right for you.

Thanks for the support

In conclusion, we’d like to thank the Developer Relations team at Magic Leap for their ongoing support, especially Tadhg Kelly and Matt Price, as well as the Bootcamps run by Steve Lukas under the stewarding eye of Greg Rinaldi. It was clear that their dedication was aimed at making all the Independent Creators successful.

We hope that you enjoy PuzzlAR: World Tour, both as a player and as a creator. It’s available for free, on Magic Leap World. We invite you to play it and to challenge your friends and family to experience the wonders of Spatial Computing. Hopefully PuzzlAR: World Tour becomes one of your favorite experiences that connects you to the next generation of entertainment, and how we will interact with the world in the future!

Thank you so much for reading.

If you’re interested in getting started developing for Magic Leap, check out the Creator Portal. 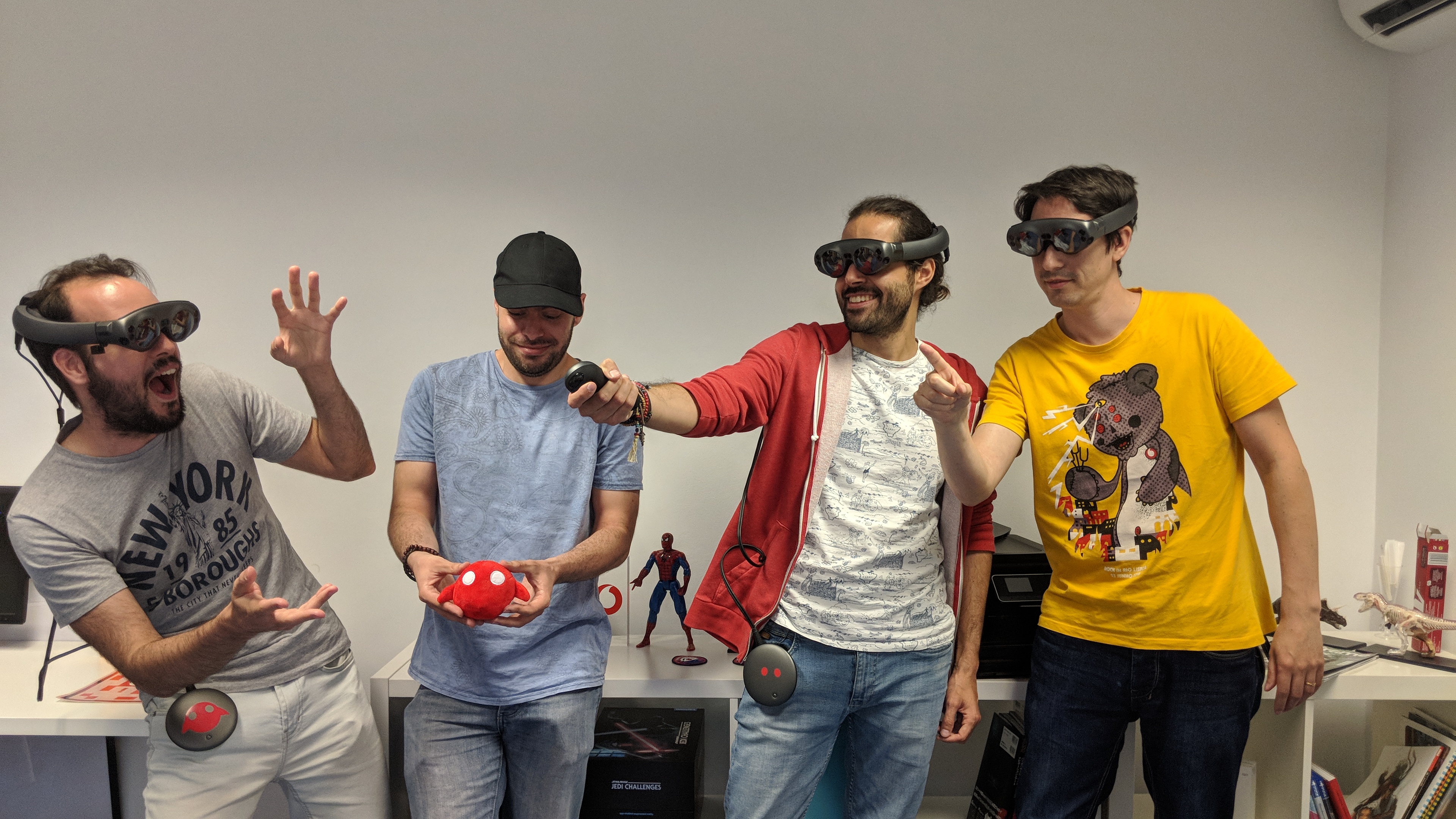 ONTOP is a mixed reality game studio focused on blending digital content with reality through local and shared experiences for players and viewers alike, mixing entertainment and sports altogether. Their HQ is based in the sunny city of Lisbon, Portugal.